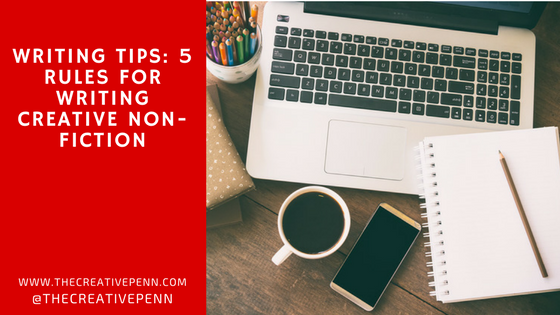 The techniques of fiction can be used in non-fiction to bring the truth alive, and in today's article, Antony M. Brown from ColdCaseJury.com outlines some tips.

In the movie Infamous, there is a scene in which Harper Lee and Truman Capote are discussing the book he is writing about the Clutter murders, the brutal slaying of an entire Kansas family in 1959.

When Capote refers to his book as a novel, Lee is perplexed, telling him a book is either fiction or non-fiction. Capote disagrees – he wants to reveal the intentions, emotions and thoughts of the real-life characters he portrays, giving it the depth of a novel.

His book In Cold Blood was subsequently recognised as an exemplar of a new genre – creative non-fiction.

Creative non-fiction is based on a true story, but a writer uses his subjective vantage point to tell it, or interpolates imagined conversations and thoughts of real characters into the true story.

The latter is also called a non-fictional novel and some distinguish it from creative non-fiction, although In Cold Blood is cited as an example of both. In this article, I will list my five rules for using creative techniques in historical non-fiction.

The golden rule is that a fictional element is always understudy to truth, used only when there are gaps in the historical record and a particular fact is unknown or open to interpretation. Creative non-fiction always hugs facts and never lets go.

The task of the writer is to join the factual dots with plausible lines of narrative or dialogue, but always leaving the dots where they are.

The danger for the creative non-fiction writer is that the imagination becomes the driving force and historical fact is distorted or ignored.

Both are egregious violations of the golden rule. You can never do enough. A writer can only decide to employ creative non-fiction techniques from a position of thorough knowledge, never before.

The best research not only includes secondary sources, such as books, but primary sources. For example, in my genre, historical true crime, this entails looking at the original police files, including police reports, witness statements, inquest testimony, and other documentary evidence.

This invaluable, first-hand history provides the most sought after commodity for any non-fiction writer: detail.

If not, a good start is a national or local records office. National archives often a wealth of documents, including de-classified police and prosecution files, although these tend to be released only decades after the event. Sometimes historical police files are held regionally.

The point of creative non-fiction is to tell a true story in a compelling way and engage the reader like a novel. The best stories always have a clear structure and objective, exploring or highlighting issues.

Creative non-fiction is the same. The skeleton of the story should be developed with the known facts and fleshed out with the detail from first-hand research.

Only where there are gaps in the historical record should a writer consider using imagined constructs, such as dialogue between the real characters.

For my Cold Case Jury books, I take a historical true crime mystery – typically an unsolved murder from many decades ago – and reconstruct how the crime might have unfolded according to the different theories that have been advanced over the years to solve the case.

If there are, say, three major theories to account for what might have happened then typically they are contraries – they cannot all be true. Some must be false and, therefore, there is an intrinsic element of fiction to this type of true crime, regardless of the style in which it is written.

Further, different theories have arisen by different writers precisely because we do not know all the facts of the case; if we did, it would not be unsolved. This is ideal territory for creative non-fiction.

When outlining the story, think in scenes. Indeed, this is the essence of both creative fiction and non-fiction.

Scenes have characters, events and dialogue to advance the story and highlight points. Where the entire dialogue is known, from a trial transcript for example, there is no need for imagination. This is rare, however.

Dialogue is usually where the creative is put into creative non-fiction. If an entire story cannot be told in scenes, then you will have to change focus and augment the scenes with traditional prose, in which case the reconstructions should be clearly highlighted.

Always. In Did She Kill Him? (2014), Kate Colquhoun italicizes the dialogue that has been taken verbatim from historical documents and assiduously uses endnotes to cite sources for important facts. This is a sound approach, but not the only one.

Other than personal memoirs, sources should always be listed in any non-fiction book. Even better, transcribe some of the original primary research in an evidence file.

This is the approach I adopt in the Cold Case Jury books. For example, in my book The Green Bicycle Mystery, there is an important conversation between a police superintendent and the prime suspect. The conversation is dramatically reconstructed based on a police document that was only recently released to the public. It is not a full transcript, but detailed nonetheless. I also include the text of the original document in my book.

The purpose of the reconstructed conversation is to add more detail and provide insight.

For example, the conversation occurred when the suspect returned to the police station to collect his personal effects. From another document, taken from the original prosecution file, I unearthed a list of the suspect's sequestrated possessions, so was able to be authentic in describing which objects were handed back. Further, by attributing thoughts to the superintendent, it was possible to highlight important points of the conversation in an arresting way.

Creative non-fiction blurs the distinction between fiction and non-fiction but only at the periphery of knowledge, where fact and truth are unavailable or obscured. It is most definitely not a dramatic license to change what we know. That would be ‘fake history’, to coin a phrase.

Creative non-fiction is not without controversy. What has been your reaction when reading it? Have you tried writing it? Please leave your thoughts below and join the conversation. Antony M. Brown is an award-winning essayist, former magazine editor-in-chief and member of the Crime Writers' Association. He published several Cold Case Jury e-books – true crime mysteries in which the reader is invited to deliver the verdict on what they believe might have happened – before signing a four book deal with Mirror Books in January 2017. Learn more at ColdCaseJury.com and find Antony on Twitter @ccjury