Walking at sunset on Day 1 In Israel for book research in Nov 2016 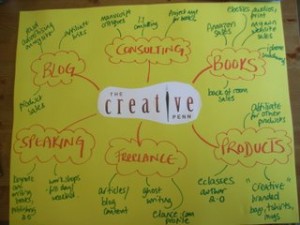 I created this business plan in March 2009 with Kris Rusch and Dean Wesley Smith in Oregon