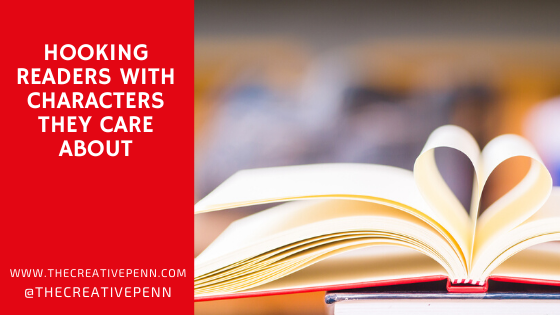 Your protagonist is the reader's doorway into your story. As author Florence Osmund shares, if you get readers to care about that character, they'll stick around until the last page to see what happens.

There is no shortage of articles and books that have been written about how to develop the main character (protagonist) of your novel—how to make him or her believable, authentic, unique, interesting, motivated, dynamic, vulnerable, dimensional, and flawed.

These are all good characteristics to keep in mind, but if the reader doesn’t care about the protagonist, the story will likely be doomed.

In my mind, caring for the character means that if they were a real person, you would jump to their aid if they needed it. For readers to become engaged in the story—whether it’s emotionally or intellectually—they must care about the main character, his or her journey, and the outcome.

Good storytelling is key to developing a deep interaction between the narrator and reader, taking the reader as close into the story and its characters as possible. One could argue that characters are the foundation for the whole story—the vehicle through whom your reader experiences the journey.

Making characters feel real to the reader is extremely important—without believable characters, readers won’t have someone in the story to like, dislike, or care about in any way, making the other elements of the story irrelevant. An effective narrator/reader connection makes a story come to life, and it can be accomplished with a protagonist that readers care about.

So how does one go about creating a cherishable main character, one that readers care about? Consider the following strategies:

It’s human nature for us to care about a person who has been treated unjustly, even if that person is somewhat at fault. Unjustly treated people go through a variety of appreciative feelings—frustration, confusion, helplessness, isolation, anger (maybe even rage), hopelessness, and jealousy of those who aren’t having to go through a similar experience.

They may also undergo physical illnesses, emotional unrest, mental breakdowns, and behavioral disorders. And they are susceptible to feeling threatened, even when the threat isn’t real. When a character’s feelings and actions become out of control, readers will care about them and root for them to recover.

Example: Harper Lee’s To Kill a Mockingbird is regarded as a masterpiece of American literature and involves many innocent characters who are victims of injustice and treated unfairly in society due to racial or prejudicial attitudes.

When a character faces danger, grief, or some other adversity, they often reveal a vulnerability that can tug at a reader’s heartstrings. As the character heads toward an abyss of despair, readers can get lost in the story, imagine the way out for the character, and have faith that the character will see a similar escape route.

But if the character misses an opportunity to flee from the adversity, readers may actually feel the wounded character’s pain and wish they could reach out and help them get in control of the situation.

Example: The protagonist Theo in Donna Tartt’s The Goldfinch comes of age despite multiple circumstances of danger, grief and despair, learning valuable lessons from the adversity he faces throughout his life.

In real life, troubled people often redirect their feelings, emotions, and actions to helping someone else. Similarly in fiction, if the protagonist still cares for others while faced with his or her own inner struggles and other challenges, readers will have even more empathy for them.

Characters who try to make a positive difference in someone else’s life while facing his or her own battles has the inspirative potential for making a reader care about them.

Example: Take Me with You by Catherine Ryan Hyde tells the story of a burned-out teacher who plans a trip to Yellowstone with the ashes of his 19-year-old son and meets up with two half-orphans with nowhere else to go.

Readers care about a protagonist who is faced with conflict, crisis, drama, and tension. If done properly, these antagonistic situations define the character, set them in motion, force them to make choices and act in ways that reveal things about themselves, especially when it has been brought on through no fault of their own.

Since the central focus of most novels is about how protagonists overcome conflict to achieve their goals, readers care about them as they struggle through it. And then in the end, when the protagonist overcomes all the obstacles, readers can feel the satisfaction right along with the character, reinforcing why they cared for them in the first place.

Example: The story of youth against societal tyranny, The Hunger Games by Suzanne Collins is the epitome of modern stories concerning conflict, crises, drama, and tension. When an otherwise good person temporarily loses his or her moral compass—when their sense for what is right and what is wrong has been impaired in some way—our hearts naturally go out to them. We desperately want to give them a big hug or, depending on the situation and/or the reader, grab them by the shoulders and shake some sense into them.

In either case, we care about the character in such a way that we want them to realize the error in their ways and then go in a direction that gives them back their dignity, integrity, and/or well-being.

Example: A woman traveling by train with two young nieces and a nephew attempts to entertain the children by telling them a delightful story about a little girl and her high morals in The Storyteller by Jodi Picoult, only to be upstaged by another passenger who tells them a different story—one that didn’t have a happy ending—about a little girl with similar morals.

There’s something intrinsically human about stories concerning underdogs—it's natural for people to want to root for someone who doesn’t get noticed and has little chance of winning at whatever it is they do. Most of us have either been there ourselves or know someone who has, so it’s easy to have empathy for them.

When readers see protagonists constantly struggle in their endeavors, they will be sympathetic, wish better for them, and then cheer them on when they are finally victorious.

Example: Ready Player One by Ernest Cline, a dystopian novel that takes place in the year 2044, features underdog teenager Wade Watts who uses a virtual reality video game to escape from the many global, economic, and social problems surrounding him and his family. Many of us know the perils of living with someone with an addiction and all the related challenges that are involved. When there is an additive person in our midst, the reason we go to such lengths to maintain a safe and harmonious environment for everyone involved is because we care so much about the afflicted person.

Protagonists who have addictions cause similar problems for themselves and those around them—anxiety, stress, depression, guilt, anger, embarrassment, financial woes, and the risk of physical and security dangers—things many readers can relate to and care about.

And then, if/when the protagonist overcomes his or her addiction and brings an end to everyone’s suffering, readers will care even more.

Example: It all started when Alice was served a soft drink laced with LSD and ended with her on a downward spiral hopelessly hooked on drugs in the book Go Ask Alice by Beatrice Sparks.

Readers can relate to and feel empathy for those who make mistakes, especially ones that are similar to those they have made themselves.

So when readers see a protagonist make a consequential mistake, they will likely feel bad for them and inherently will want the character to recognize the mistake, own it, learn from it, and then move on.

This is as true in crafting fictional stories as it is in life. Your protagonist can make or break a story, and crafting a character the reader will care about in one way or another has the potential of being a great one.

Do you give thought to how your protagonist(s) make your readers feel? Please leave your thoughts below and join the conversation. After a long career in the corporate world, Florence Osmund retired to write novels. “I strive to write literary fiction and endeavor to craft stories that challenge readers to survey their own beliefs and values,” Osmund states. In the seven titles she has published to date, she has covered everything from troublesome family sagas, ethnicity, identity crises, social divides, abandonment, difficult coming of age, and hidden truths.

Florence’s website offers substantial advice for new and aspiring writers including how to begin the project, writing techniques, building an author platform, book promotion, and more. Osmund lives on a small, tranquil lake in northern Illinois where she continues to write.