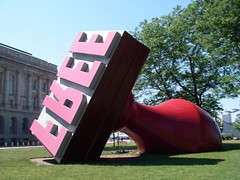 This is a guest post from author CY Lyons, who writes thrillers with heart. You can also watch/listen to an interview with CJ here. I think this is a great strategy for authors with multiple books. We are also very lucky as indie authors to be able to change our pricing so fast so you can make an ebook free for a week and then shift the price again. It's worth considering!

There's a lot of talk about how much e-books are worth to readers.

I think that's the wrong question. The question should be: how much are readers worth to e-book authors?

I've been indy self e-publishing for 15 months and as of June sold around 3000 copies a month. But I had one book, SNAKE SKIN, a mainstream thriller that was a bit of a stretch for my target audience of women who enjoy a touch of romance with their thriller/suspense novels. SNAKE SKIN had gotten rave reviews but just wasn't selling.

This book recently earned a 4 1/2 star review from RT Book Reviews, one of the most respected print book review magazines. I felt in my heart it was worth more than $300 a month to me–and much more than $0.99 to readers.

I decided it was too valuable to reduce the price further.

Instead, I gave it away. You read that right. I placed SNAKE SKIN on sale for FREE on Smashwords. In about three weeks the free price propagated to Amazon. I woke up on a Saturday morning to find that Amazon had dropped it to free and it had already “sold” 5,000 copies.

I figured that would be about it–that was already more than the 1000 copies it sold during the month I had it at 0.99…imagine my astonishment as I watched during the day to see it “sell” 10,000 copies in ten hours.

48 hours after it was placed on sale for free, 24,987 copies were downloaded and it had made it to #3 on the Amazon Kindle Free Bestseller list!

Readers are so much more valuable to me than $300. And NEW readers? Priceless.

How do I know they're new? Well, just about anyone who knows my name would have heard about the previous 0.99 sale. And for the first half of the year, I offered free books on my website, including SNAKE SKIN.

I've always believed that my books are my Number One promotional and marketing tools. I'm seeing SNAKE SKIN as the perfect “gateway drug” to hook readers on CJ Lyons and her Thrillers with Heart.

If there's one thing I've learned about being an indy author, it's that you have to have the end in sight (just like when writing a novel). You may not know how to get there, you might take a lot of detours along the way, but it's important to stay focused on a clear, measurable goal.

My goal with this promotion was to attract new readers. To help SNAKE SKIN find its audience. Mission accomplished.

Has this experiment with free changed my future marketing plans? Oh yeah.

First, I sheepishly called my agent who manages the subrights for my e-books, thinking she would be dismayed that I'd given all those books away for free (after all, that's tens of thousands of readers who will never buy SNAKE SKIN).

Instead she loved it! Totally agreed with me about the value of readers. But, being the strategist she is, she asked me to change the book's price to 0.99 so she could start tracking actual sales figures.

To me, 0.99 for a book is cheap while a free book is a valuable gift from me to my readers. So I hesitated. Until I realized that we now had a new goal: making the “real” Amazon list.

Different goals, different strategies. SNAKE SKIN hit as high as #30 on the Amazon Kindle overall bestseller list and by the end of the month 40,000 people had it on their Kindles.

That's twice the population of the town I grew up in. So, yeah, I now see the value in 0.99. It has nothing to do with the value of the book; it's all about the value of being positioned correctly.

What's next? SNAKE SKIN was a book in search of its audience and one of my lowest sellers until now. And this month, August, I'm putting my all time bestselling book, a romantic thriller called BLIND FAITH, on sale for 0.99.

BLIND FAITH received a coveted Top Pick from RT Book Reviews as well as great reviews elsewhere and has constantly outperformed my other e-books, hitting and staying on the Top 100 Romantic Suspense charts since it was first released.

My goal this time? I'm thinking big. I want to hit the top 20 on Amazon by the end of the month—which could maybe (if the timing is right and the stars align) lead to a spot on a major bestseller list such as the USA Today or even the New York Times.

Hey, I always say if you're gonna dream, dream BIG!

It's a gamble. A huge one. I risk BLIND FAITH, my top seller, being seen as “cheap.” But I hope readers will see this special limited time sale as an opportunity to grab a great book that has never been priced below $4.99.

Want to see how BLIND FAITH is doing? You can check here: http://www.amazon.com/BLIND-FAITH-ebook/dp/B0043M6J92/

What do you think? Where does free fit into your marketing strategy? And when is free too high a price?

Thanks for reading!
CJ

What do you think?

About CJ:
As a pediatric ER doctor, CJ Lyons has lived the life she writes about in her cutting edge thrillers.  In addition to being an award-winning, bestselling author, CJ is a nationally known presenter and keynote speaker.

CJ has been called a “master within the genre” (Pittsburgh Magazine) and her work has been praised as “breathtakingly fast-paced” and “riveting” (Publishers Weekly) with “characters with beating hearts and three dimensions” (Newsday).

Her award-winning, critically acclaimed Angels of Mercy series (LIFELINES, WARNING SIGNS, URGENT CARE and CRITICAL CONDITION) is available now.  Her newest project is as co-author of a new suspense series with Erin Brockovich.  You can learn more at http://www.cjlyons.net